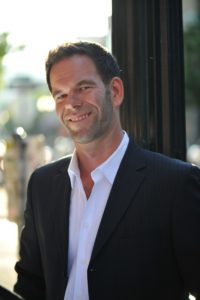 I am a doctor of chiropractic and a diplomate of the International College of Applied Kinesiology (I.C.A.K.) as well as a coach and teacher for professionals and the general public for over two decades.

I grew up in the rough streets of Queens, NY and was a high school drop out. I always suffered form poor health as a child, allergies, asthma, bronchitis, digestive problems, and a weak immune system were normal for me. I worked as a car mechanic and then as an undercover detective for departments stores but I wanted something more in life.

I went to my mother’s chiropractor for a while for help with some injuries that I sustained over the years. I learned from one of the doctors there, as well as from a good friend who was planning on becoming a doctor of chiropractic, about the holistic health benefits of chiropractic. This really excited me! I worked on my pre-medical education and moved to Los Angeles for medical school. I decided on Cleveland Chiropractic College’s Los Angeles campus.

When I started studying for my career as a doctor, I also started studying and practicing spiritual concepts. I kept this up for my own well being as well and for my patients. Health, psychology, spirituality, and success are subjects that I have developed a fond appreciation for.

My undergraduate education was a breeze, but once I started medical school the stress was overwhelming to my body. I started to have heath problems on a larger scale than I ever have before. I grew up on standard medical treatments and I knew that was not the answer. I started to seek out much more than what my school was going to teach me. In my first semester of school I began to take weekend post graduate seminars and classes, I had a dual education throughout my four years there.

I sought out the help of some the legendary natural health doctors at the time and at one point found myself in front of Dr. Timothy Francis. I watched him work on a fellow colleague during a break at a seminar. The doctor was in such pain that he couldn’t stand up straight or walk correctly. Dr. Francis checked him out with Applied Kinesiology muscle testing, made a few corrections on his body with chiropractic adjustments, reflexes and acupressure related to organs and muscles, and had him walk across the room. He improved slightly but noticeably on the first try. Dr. Francis observed him and continued to do more muscle testing and corrections. After a few more cycles of this the doctor looked as if he never had a problem. I never saw healing happen in front of my eyes like this before.

Afterwards I talked to Dr. Francis about my health issues and he had a certainty about him that he could help me. I was a student at the time and didn’t have much money but I knew I had to make the sacrifice because nothing else had helped me up to this point. I went to his office in Las Vegas and in under two hours I felt transformed as a person. I felt as if I was physically lighter. Everything was visually more vivid, the sky was bluer and the grass was greener. Before I went into his office that day I didn’t even notice there was any grass in Las Vegas but afterwards it was all glowing green and getting my attention. I told myself that I was finally on the right track. I was instructed on how to eat, how much water to drink, what supplements to take, and when to return for the next step of my healing.

I drove home and walked into my home where my then girlfriend was waiting for me. She just stared at me with her mouth dropped open. I asked her what was wrong. She said I looked like a different person, that my face had changed. To this day I show people my old drivers license to show them the person that moved out of my body to make room for the new me.

Dr. Francis wound up taking my under his wing and mentoring me soon after. I still learn form him to this day. Along the way I have also gained many other teachers and mentors in different areas of life.

I continuously look to learn from my career, teachers, peers, patients, and my intuition to help people the best I can.

Learn more about the Elements of Holistic Health

Ready to book an appointment?